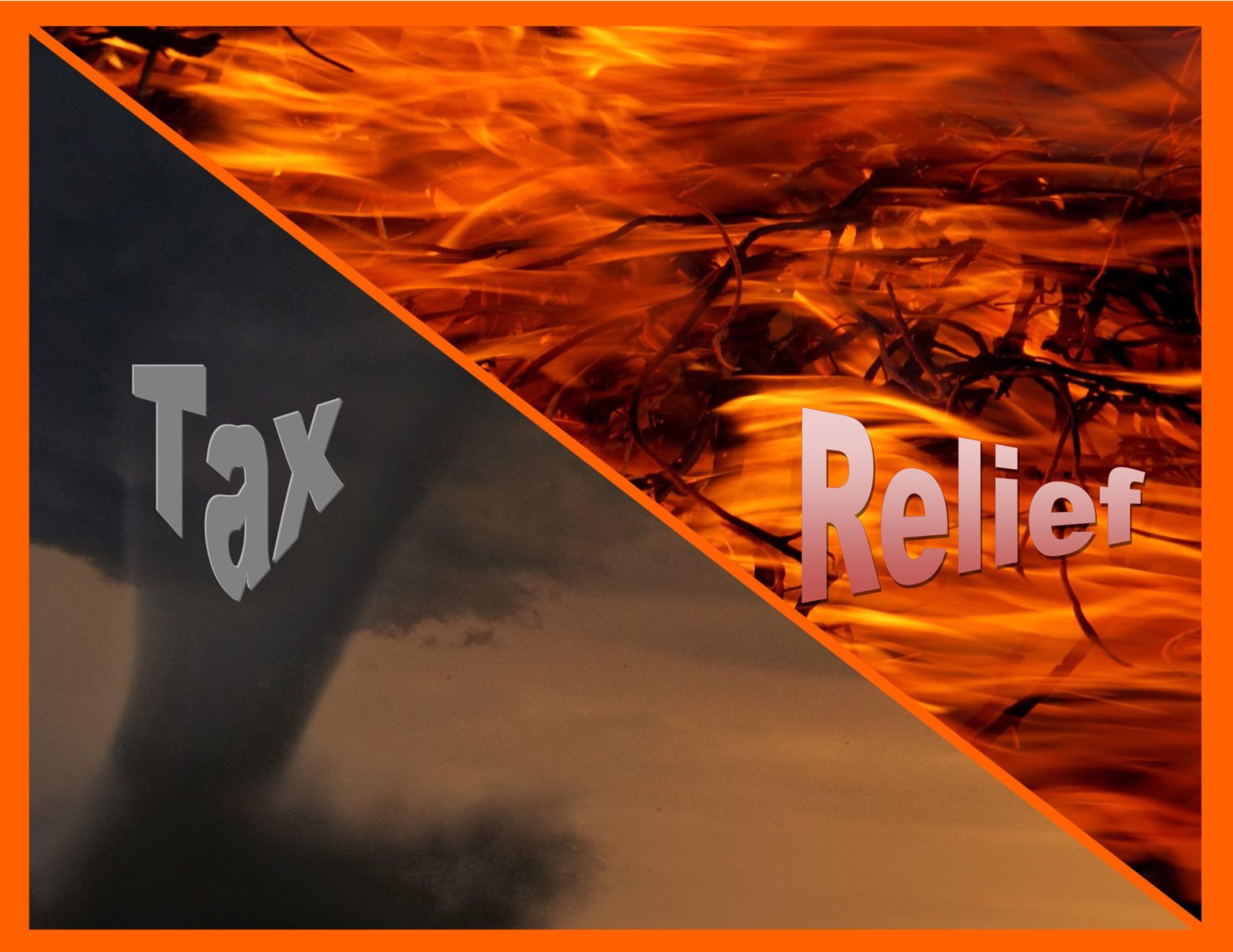 The 2018 calendar year is ending, but it will be one remembered by many.  There were natural disasters across the country as hurricanes Florence and Michael devastated the southeast, wildfires and mudslides ravaged the west, a volcano spewed ash in Hawaii, and other severe storms and flooding impacted many parts of the United States.  As people recover from these natural disasters, they should be aware of and take advantage of available tax relief to ease the financial burden of disaster.

A disaster loss deduction may provide relief to non-business taxpayers by providing a large tax refund that can be used to replace property.  To claim the deduction, a taxpayer with insurance must first file a timely insurance claim.  Any unreimbursed loss over $500 can be claimed as an additional standard deduction or itemized deduction on the tax return for the year of loss or on an amended return for the year prior to the loss.  The taxpayer must elect to include the loss on the prior year return six months after the original date the disaster year return is due.  This is generally October 15th of the year after the loss. Thus, for a disaster loss in 2018, where the 2018 return is due on April 17, 2019, the election must be made by October 17, 2019.  Taxpayers can choose the deduction year by deducting the loss in both tax years to see which year provides the best tax benefit.  The IRS may allow a taxpayer to make the election later for a good cause, such as reliance on a tax professional’s advice.  However, a late election cannot be made just because it would provide a better tax result.  Finally, a taxpayer can revoke the election to include the deduction in the prior tax year up to 90 days after the election must be made.

The TCJA also changed the deduction for business taxpayers.  Prior to 2018, a business could deduct losses in the 2 prior tax years and carry forward unused losses for 20 years to deduct 100% of taxable income in those years.  The TCJA eliminated the prior year deductions for all businesses except farming and the 20 year limitation to deduct losses in future years.  Unused losses can now be deducted in any future year.  However, loss deductions cannot exceed 80% of taxable income in those years.

Additional tax relief may be available to major disaster victims to assist with recovery.  For example, the IRS may publish an announcement to extend the time for:

This gives taxpayers time to reconstruct records and pay for much needed repairs.

States may also grant tax relief for state taxes.  Most states follow the IRS guidance to extend state filing and tax payment deadlines for the same periods.   Some states may also permit taxpayers to claim a casualty loss in the prior tax year.

In addition, Congress may pass legislation that allows taxpayers affected by specific major disasters to include:

Congress may also remove the limit on charitable contributions made by any taxpayer for qualified disaster relief.  Such legislation was passed in 2017 and 2018 for taxpayers affected by Hurricanes Harvey, Irma and Maria and the California wildfires from January 1, 2017 to January 18, 2018.

If you are a taxpayer recovering from a FEMA declared major disaster, consult a tax professional to take advantage of available tax relief.

Shawnielle Predeoux is an attorney and tax professional at Quantum Law, LLC. Shawnielle can be reached at 443-230-3328 or by email at spredeoux@quantumlawoffice.com.